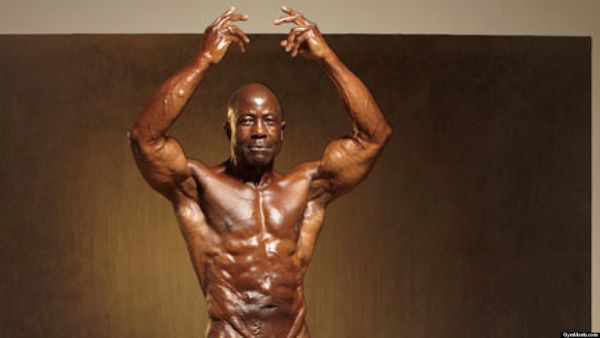 While Jim Morris may have been Mr. America in the 1970s, time, as the saying goes, marches on. Today, Morris is 78 years old. While most people his age would think back to their outstanding physique with a smile and consider the success to be a distant memory, Morris still lives it. Nearly 40 years after winning numerous fitness competitions, he continues to exercise and eat right, giving him a 1980s Schwarzenegger-esque physique that seems to defy the physical strength and appearance of most senior citizens his age. Or senior citizens, period.

The Brooklyn-born man, who now calls California home, works hard to stay in shape. He says he exercises for one hour, six days a week, and enjoys his current role as a personal trainer. But, he also credits his diet for his ability to maintain energy and have outstanding physical health.

The decision to become vegan Eating meat was a part of his competitive lifestyle, and not wanting to alter his fitness winning streak by changing his diet, Morris continued to eat animal protein to see him through his bodybuilding contests. However, between 1974 and 1985, he says he "gradually eliminated all animal products except fish and cheese. Between 1985 and 1999, I weaned myself from both." He became a vegan at age 65 and still remains dedicated to that lifestyle today, only eating nuts, beans, fruits and vegetables. Morris says he chose this lifestyle for ethical reasons, but he also did it because of the health issues he began to suffer from. "Prior to becoming vegan I suffered digestive problems all my life." He began taking anti-inflammatory medications, to no avail. Eventually, he was receiving cortisone injections in his elbows on a weekly basis. On top of it all, he hardly slept.

Now, he's adamant that a plant-based diet freed him from his health conditions, which also involved getting a minimum of three colds yearly.

"Since becoming vegan, all my health problems have completely disappeared," Morris says. "My yearly checkups are perfect."

Health benefits of a vegan lifestyle

According to the American Society of Nutrition, eating a great deal of dairy products can increase the risk of colorectal and prostate cancer in later years. Furthermore, many other societies and studies have shown that a vegan lifestyle can prevent and/or help numerous other conditions including diabetes, Parkinson's disease, obesity and hypertension.

Sources for this article include:

A science enthusiast with a keen interest in health nutrition, Antonia has been intensely researching various dieting routines for several years now, weighing their highs and their lows, to bring readers the most interesting info and news in the field. While she is very excited about a high raw diet, she likes to keep a fair and balanced approach towards non-raw methods of food preparation as well.