Vinegar has been produced and sold for thousands of years, dating back to before the 6th century. Vinegars flavored with fruit, honey, and malt were popular among the Babylonians, while Hippocrates used vinegar to manage wounds.

In 10th century China, some used vinegar to clean hands and prevent infections while in the early US vinegar was used to treat fever, poison ivy, croup, edema, and much more. 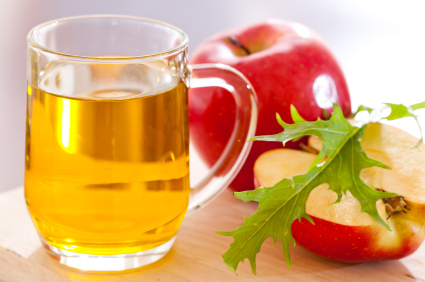 Today we know that vinegar, which is traditionally made through a long fermentation process, is rich in bioactive components like acetic acid, gallic acid, catechin, epicatechin, caffeic acid, and more, giving it potent antioxidant, antimicrobial, and many other beneficial properties.

Vinegar remains popular around the globe for pickling fruits and vegetables, and it’s also commonly added to condiments and other food dishes for flavor. That being said, vinegar is emerging as a functional food that not only adds interest to your meals… it may also significantly benefit your health. As reported in the Journal of Food Science:

Vinegar is one of the best natural cleaning agents there is, and this is largely due to its antimicrobial properties. When added to food, the organic acids in vinegar (especially the acetic acid) pass into cell membranes to kill bacteria.

One study found acetic acid to be lethal to even E. coli O157:H7, while other research has shown substances such as acetic acid, lemon juice, or a combination of lemon juice and vinegar to be effective against salmonella.

Antioxidants are a class of molecules that are capable of inhibiting the oxidation of another molecule. Antioxidants play a significant role in your health, as they can control how fast you age by fighting free radicals that result in oxidative stress.

Polyphenols and vitamins in many different types of vinegar help ward off oxidative stress due to their potent antioxidant properties. Examples of antioxidants in apple cider vinegar, for instance, include catechin, epicatechin, and gallic, caffeic, and chlorogenic acids.

Vinegar is said to be anti-glycemic and has a beneficial effect on blood sugar levels. It’s thought that the acetic acid in vinegar may lower blood sugar by preventing the complete digestion of complex carbohydrates, which is accomplished either by accelerating gastric emptying or increasing the uptake of glucose by bodily tissues.

One theory is that vinegar might inactivate some of the digestive enzymes that break down carbohydrates into sugar, thus slowing the conversion of complex carbohydrate into sugar from a meal into your bloodstream. This gives your body more time to pull sugar out of your blood, preventing your sugar levels from spiking.

Quite a bit of research supports the use of vinegar as a diabetic treatment as well. One study found that vinegar treatment improved insulin sensitivity in 19 percent of individuals with type 2 diabetes and 34 percent of those with pre-diabetes.

The antioxidant content of vinegar may make it useful against cancer, and a traditional Japanese rice vinegar called Kurosu has shown particular promise for reducing cancer risk. Kurosu vinegar has been found to inhibit the growth of a variety of cancer cells, including colon, lung, breast, bladder, and prostate.

Kibizu, a sugar cane vinegar from Japan, has been shown in cell studies to inhibit the growth of leukemia cells, while consuming vinegar may even reduce the risk of esophageal cancer.

Vinegar may help you lose weight, as it appears to have an anti-obesity effect by increasing satiety and reducing the total amount of food consumed. For instance, when volunteers consumed two tablespoons of red raspberry vinegar daily for four weeks they lost weight, while those who consumed the same amount of cranberry juice gained it.

Further, in separate research, people who consumed a small amount of vinegar along with a high-carb meal (a bagel and juice) consumed less food for the remainder of the day. The reduction equated to about 200 to 275 calories a day – an amount that would result in a monthly weight loss of up to 1.5 pounds.

Vinegar supports heart health in multiple ways. As explained in the Journal of Food Science:

“Polyphenols such as chlorogenic acid, which is present in high levels in apple cider vinegar, could inhibit oxidation of LDLs and improve health by preventing cardiovascular diseases.”

It also appears to help lower blood pressure. One study showed that vinegar could lower cholesterol in laboratory rats, while another study on rats found their blood pressure could be lowered by the acetic acid in vinegar.

Acid reflux typically results from having too little acid in your stomach. You can easily improve the acid content of your stomach by taking one tablespoon of raw unfiltered apple cider vinegar in a large glass of water daily.

“Mother” of vinegar, a cobweb-like amino acid-based substance found in unprocessed, unfiltered vinegar, has antibacterial properties that may help to heal burn injuries. The intake of acetic acid bacteria (AAB) may also help to reduce muscle damage caused by inflammation after exercise.

It’s been suggested that vinegar consumption might improve cognitive function in humans, and research shows that acetic acid bacteria do, in fact, produce precursors of important building blocks of brain tissues called sphingolipids.

Vinegar is high in acetic acid. Like other acids, acetic acid can increase your body’s absorption of important minerals from the foods you eat. Therefore, it is possible that drinking a mild tonic of vinegar and water just before meals might improve your body’s ability to absorb the essential minerals locked in foods. Or, adding vinegar to your salad dressing might help you absorb more nutrients from your leafy greens.

Distilled white vinegar is excellent for cleaning and laundry, but for health purposes, you’ll want to avoid the perfectly clear, “sparkling clean” varieties you commonly see on grocery store shelves. Instead, you want organic, unfiltered, unprocessed vinegar, which is murky. When you try to look through it, you will notice a cobweb-like substance floating in it. This is known as “mother,” and it indicates your vinegar is of the best quality.

The reason manufacturers distill vinegar is to remove this rather murky looking stuff that most people find unappealing and won’t buy. But in this case, it’s the murky looking stuff you want. As with most foods, the more processed a food is, the less nutritious, and this holds true for most vinegar as well.

Interestingly, the first vinegar was the result of an ancient accident. Long ago, someone stored a keg of wine too long (presumably a poorly sealed one that allowed oxygen in). When the eager drinkers opened it, they found a sour liquid instead of wine. The name “vinegar” comes from the French words for “sour wine.”

How to Safely Consume Vinegar

If you enjoy vinegar there is certainly reason to include it in your diet. However, from my perspective, if you’re consuming vinegar for therapeutic reasons, it would be far better to use large quantities of fermented foods to get the beneficial acids because you will then also help to recolonize your gut with beneficial bacteria. However, vinegar is easier and certainly safe to use, so you can put your toe in the water by trying it first. There are no official guidelines concerning taking vinegar internally. Some people take one to two teaspoons a day, mixed in a glass of water or juice, before meals or in the morning, and report benefits from doing so. The risk of taking small amounts of vinegar is low.

If you prefer to consume it as part of your meals, apple cider vinegar, in particular, makes a flavorful salad dressing. You can even make a vinegar-based coleslaw, rather than the usual creamy mayonnaise-based one. It is good on fish as well and serves as a great tenderizing marinade for meat, giving it a good bit of zing. And it’s tasty drizzled over cooked greens or as a base for a cucumber salad. You can also try your hand at pickled vegetables using vinegar. If you are considering taking it medicinally, however, there are some things to keep in mind:

Vinegar is highly acidic. The main ingredient is acetic acid, which can taste quite harsh. You should always dilute it with water before swallowing. Pure, straight vinegar could damage your tooth enamel or the tissues of your mouth and throat. (There is, in fact, one reported incident of long-term esophageal damage to a woman who got an apple cider vinegar supplement capsule stuck in her throat.)

Long-term excessive use could conceivably cause low potassium levels and can adversely affect your bone density.

Apple cider vinegar could theoretically interact with diuretics, laxatives, and medicines for diabetes and heart disease. If you are under the care of a physician and you want to try a course of apple cider vinegar, talk to your physician first to make sure it won’t interfere with any of the medications you are presently on.

What Else Is Vinegar Good For?

Once you realize all the uses for vinegar, it will likely become a staple in your home. Generally, you can use distilled white vinegar for household use and the cider vinegars, made from fermenting fruits such as apples, for consumption. Vinegar is actually one of the best natural agents for removing certain pesticides and bacteria from your fresh produce, for instance. Try a solution of 10 percent vinegar to 90 percent water as a bath to briefly soak produce. Just place your veggies or fruit in the solution, swish it around, and rinse thoroughly (don’t use this process on fragile fruits like berries since they could be damaged in the process or soak up too much vinegar through their porous skins). Additionally:

Apple cider vinegar has long been used as a natural hair care product. Its acidity is close to that of human hair. It’s a good conditioner and cleaning agent, as well as an effective germ killer.

Vinegar also has some applications for pets, including cleaning ears, relief of certain skin problems, and combating fleas and ticks.

Vinegar is a great, all-around cleaning agent for everything from countertops to windows. Vinegar and water makes an excellent window cleaner, for example, and vinegar combined with hydrogen peroxide works exceptionally well as both a disinfectant and sanitizer.

Vinegar can also be used to control weeds in your garden. Howard Garrett, also known as The Dirt Doctor, shared his recipe for vinegar-based herbicide (this spray will injure any plant it touches, so use it only on those you want to remove):

1 teaspoon liquid soap or other surfactant (such as Bio Wash)

Do not add water